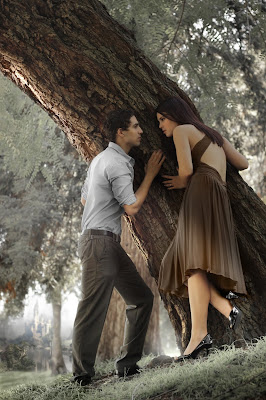 K.C. Rice & Lucian Bane
SONG: YOU AND ME BY LIFE HOUSE.
https://open.spotify.com/track/0815caqt2Lytro5EIzMufT

K.C. Rice Most girls dreamt of being Princesses... but not Margaret. She hated it. She hated her life and the future that had been planned out for her. This was the twentieth century, how the hell was it legal to promise your daughters hand in marriage before she’s even a year old? Who made the rules! She hated them. She hated everything that her “kingdom” stood for. She wanted to change the laws, and one day she would.... The day she is crowned the queen will be the day she will pass the proclamation: Princes and Princesses could choose who they would marry... and if it were a commoner... so be it. LOVE WAS LOVE!

Lucian W Bane “But Father, she..."
“She what?” the King blared, his red cheeks trembling with the pound of his staff.
Theodore fought the roll of his eyes at his father’s boring theatrics. “All I propose is to allow us one date before the announcement."
“Whatever FOR?”
“To ease the transition, my King,” he urged, grasping at straws. “She is nervous and would it not make things a little easier for both families? It’s no secret she loathes me, if I may have a single attempt at gaining a-a crumb of acceptance, would both Kingdoms not fare all the better? Think of mother,” he added, turning up the burn in his father’s glare.
“Don’t bring that woman’s name into this debacle!”
Theodore would’ve defended her if not for the obvious give in his thick-headed resolve. His graying beard moved about as his fat lips pursed and perused his waning options.
“I should think one date is a wise and prudent decision.” He nodded with jutted chin at the clever idea he’d already stolen. He’d stolen many things from Theodore though and he was accustomed to it. Mostly. But in this one thing, with Margaret, he would not be pushed. He needed time. And one date was enough, he was sure, to accomplish the deed.

K.C. Rice She watched as the King and Queen left the grounds, She was certain they were going to see Prince Theadore’s parents the royals of Delemar.
Waiting until their car disappeared over the last bluff, she quickly made her way down the back stairs and out to the garden. It was there she was to meet him..... the Gardener’s son. They had grown up together... even as toddlers they knew they were from a different class. But they didn’t care. They were best friends and everyday they would sneak out to meet behind the old maple tree. It was there that he stole his first kiss...

Lucian W Bane Riker’s palms were slick with sweat as he eyed the gate leading to the garden. “Hurry up you fat heifer,” he muttered to the milk cow as he yanked roughly on the thick tits.
How was it that he milked cows in this day and age? He was sure they purposely kept the farm running to make his life miserable, to make an example of his lowly kind.
She would be there soon and he was tired of being put off. By his father, her father, everybody’s father. She didn’t want to marry, and she wouldn’t. He’d fix it tonight. He’d answer the plea in her clear green eyes--save me Riker. And he would. It was a desperate and reckless remedy, but there was nothing else to be done.

K.C. Rice She stood leaning against the fat oak, it’s brittle bark biting through her blouse, bringing with it a piercing pain. Yet it was nothing compared to the pain in her chest, the feel of Theadore’s fingers as he squeezed the life from her... her heart could take no more. Time was running out. It was how or never. “Oh, Riker! You have always owned my heart. Nothing-no one can take my love from you.” She whispered to herself, afraid if she said it too loud....
A rustle in the brush startled her as it broke the quiet surrounding her. Her heart sped, it’s rhythm making double its time as he stepped out of the brambles.

Lucian W Bane “What the fuck?” Riker yelled, running right into the person attacking his beloved. He slammed into him with all his weight and they tumbled down the hill, grunting and umphing, kicking and punching.
They landed with a bone jarring thud near the pond and Riker scrambled to mount the bastard which turned out to be fairly ease. He raised his fist to smash it into his nose. He paused and angled his head at the unconscious prick.
“Riker!”
He glanced up to find a blur of white tumbling down the hill toward him. Alarmed, he scurried to his feet, fighting to discern where she might land. Riker grew alarmed as his brain did the math. With her voluptuous three hundred pounds rolling at an easy seven miles per hour, the collision would be catastrophic for him.
“I love you Riiiiker!” she screamed between jolts and bangs upon the ground.
Dear God, help me. Riker opened his arms right as she plowed into him, knocking the wind from his body and his brain loose in his skull. He realized moments later, he was dangling. Dangling from the cliff.
“Oh no you don’t,” Theodore growled, grabbing hold of his hand and yanking him back up. “I need you.”
Before he could get his bearing, the bastard shoved his beloved right off the cliff, leaving him gasping in shock.
“Now the wedding’s off,” he huffed with a proud nod. “Thanks to the jealous gardener’s son."

K.C CONSIDERS HERSELF “JUST A SIMPLE COUNTRY GIRL WITH THE BEST READERS IN THE WORLD".
BORN AND RAISED IN FRANKFORT, KY. A WIFE, MOM, AND NANA.
SHE FIRST STARTED SHARING HER TALENTS WITH THE WORLD ONE CANVAS AT A TIME. SHE SAYS THE SCENTS OF OIL PAINTS AND MINERAL SPIRITS EARLY IN THE MORNING, ARE AS CALMING TO HER AS A MIMOSA.
GETTING LOST IN HER THOUGHTS, SHE ALLOWS THE PAINTS AND BRUSH TO TELL THE STORY. THOUGH SHE HAS SOLD MANY OF HER PAINTINGS, SHE SAYS HER GREATEST REWARD IS THE LOOK ON THE RECIPIENTS FACE WHEN SHE GIVES ONE AS A GIFT.
JUST RECENTLY SHE BEGAN SHARING HER IMAGINATION IN CREATIVE WRITING, ENJOYING PUTTING TO PRINT THE CHARACTERS AND THEIR THOUGHTS. HER PREFERRED GENRES: ROMANCE, SUSPENSE, AND MYSTERY.
SHE IS THE PROUD AUTHOR OF SIX PUBLISHED BOOKS, THREE OF WHICH ARE THE NEW SENSATION, TATTERED SERIES, CARRYING NUMEROUS FIVE -STAR REVIEWS.
ASK K WHAT DRIVES HER, AND SHE’LL REPLY, “IF I CAN HELP JUST ONE PERSON ESCAPE THE HUM DRUM OF LIFE THROUGH MY STORIES, EVEN IF FOR A SHORT TIME. . . WELL I GUESS I’VE BEEN SUCCESSFUL.”

#Random #LiveWrites! We have openings every  #Tuesday #Available
What is a random Live write you ask? Well you pick a date and some times and we will toss your name and the other authors who pick the same, in a hat, you will be selected at #Random to work together on a tale. you could #WIN a #GiftCard
Please fill out the form below. If you can't do this but know someone who may I ask perhaps that you could pass this along or tag them the More the Merrier!
Form: https://goo.gl/forms/djadDYIxNusvwRNj2